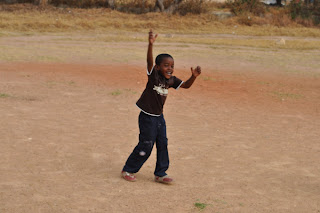 Boy B: No, I don’t date. I just have lots of girls who like me. It’s just my life. You wouldn’t understand.

Then both boys run off to play on the swings with the rest of the young kids, who are all girls!

This happened a few months ago but it cracked me up so I thought I would share.

We had been in school almost a month and the kids were in a pretty good routine about what to do after break: put your bag at your desk, line up at the door, go the bathroom, wash your hands, line up at the door again to get your little squirt of hand sanitizer and then go in the classroom and either go to your desk and get to work or get a game or a puzzle out.

I only have two or three young boys and they were done in the bathroom quickly and were back in the classroom. I was at the door making sure that the girls were doing what they were supposed to so I had my back turned for about a minute. I all of a sudden noticed that it had gotten remarkably quiet without any reminders from me about what volume our voices should be when we are inside. So I turned around and what should I see but one of my five-year olds with his shirt off trying to do push-ups in the middle of the floor!!!

My first reaction was to laugh but I managed to curb that and tell him to get up and put his shirt back on and go to his desk to start the work that I had set out for him. After a little bit I went to him and asked what he thought he was doing in my classroom without a shirt on. He told me that he couldn’t possibly exercise with his shirt on and he had to show his friends how to do push-ups!

The other day it was just me and my older kids and I mentioned a song that had been playing in my car when the baby was born in the back seat. I happened to look at my fourteen year-old boys face right when I said “…the baby was born in the back seat of my car…” and he made the most disgusted face that you can imagine! I hadn’t realized that it would be quite so traumatic for him to hear about it!

We received a new student when we came back to school at the end of January, a little girl who just turned four. We had only been in school a couple of weeks and the classroom was pretty quiet (a rarity around here) when all of a sudden I noticed that someone was humming the theme from Star Wars. I looked at all of my older students and they were all hard at work and not humming. So then I looked at my little girl and sure enough she was lying on her stomach putting a puzzle together and humming away to herself. I don’t know where she heard it but she had it exactly right and then I spent the rest of the day with the song going around and around in my head.

Yesterday, I was working with my one kindergarten girl and I asked her how her weekend had gone and if she had done anything exciting. Without blinking an eye she looked at me and said that she had a good weekend but that they had a wolf come to their house.

I said, “Oh, really? What happened when he came to your house?”

“He blew our house down.” She stated rather matter-of-factly.

“He blew your house down? Oh no! That is terrible.” I answered her.

“While we were napping.” She said.

“Wow, it sounds like you had quite the weekend!” I told her.

“Yes, I did and then a monkey came and knitted us all trousers.” She told me.

“A monkey? A monkey knitted you trousers?” I asked, trying to keep a straight face but not really succeeding very well.

“Oh yes, he didn’t have a bed at his house or any toys so he came to our house.” Was the explanation that was given as if she couldn’t understand why I hadn’t thought of that because what other possible explanation could there be!

I had to end the conversation there because it was getting too hard to keep a straight face, but the next few months should be very interesting. I can’t wait to hear what is going to have happened this next weekend..

Posted by Helena Mudde at 12:13 AM No comments: